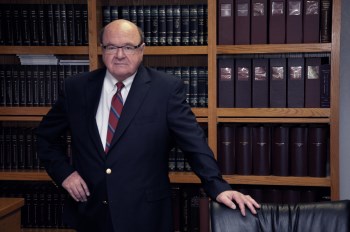 Terry Pechota was born in Winner, SD and was raised in nearby Colome. He has more than 40 years of experience in private law practice in South Dakota since receiving his Juris Doctorate from the University of Iowa Law School in 1972. He received a Bachelor’s of Science Degree in Education from Black Hills State University in 1969.

While his practice has involved a good deal of Indian law cases, he has a successful record in other areas of the law including: criminal defense; personal injury-plaintiff; medical malpractice; civil rights and federal tort claims. A more complete list can be found on the Practice page.

Mr. Pechota is an attorney dedicated to his clients’ success. If you have a need for an attorney qualified in the areas of law described on the Practice page of this website you are encouraged to contact Pechota Law Offices.